* Arrested in Kennebunkport , Maine (1976) for driving under the influence of alcohol. Plead guilty, paid fine; had driver's license suspended for 30 days. Texas driving record 'lost' and is not available.

* Graduate of Yale University with a low C average. Cheerleader.

* Ran for U.S. Congress and lost.
* Began career in the oil business in Midland, Texas (1975.) Bought oil company but couldn't find any oil in Texas . Company went bankrupt shortly after selling personal stock.
* Bought the Texas Rangers baseball team in a sweetheart deal that took land using taxpayer money.
* With the help of my father and friends in the oil industry (including Enron CEO Ken Lay) elected governor of Texas .

ACCOMPLISHMENTS AS GOVERNOR OF TEXAS :

* Changed Texas pollution laws to favor power and oil companies, making Texas the most polluted state in the Union . Houston replaces Los Angeles as the most smog-ridden city in America .
* Cut taxes and bankrupted the Texas treasury to the tune of billions in borrowed money.
* Set the record for the most executions by any governor in American history.
* With the help of my brother, the governor of Florida and my father's appointments to the Supreme Court, become President of the United States after losing the popular vote by over 500,000 votes.

* First President in U.S. history to enter office with a criminal record.
* Ordered invasion and occupation of two countries at a continuing cost of over one billion dollars per month. Am the first President in U.S. history to order an unprovoked,
preemptive attack and military occupation of a sovereign nation.
* Spent inherited U.S. surplus and effectively bankrupted the U.S. Treasury.
* Aided in shattering the record for the largest annual deficit in U.S. history.
* Set an economic record for most private bankruptcies filed in any 12-month period.
* Helped set the all-time record for most foreclosures in a 12-month period.
* Oversaw the all-time record for the biggest drop in the history of the U.S. stock market.
* First year in office, over 2 million Americans lost their jobs and that trend continues.
* Proud that the members of my cabinet are the richest of any administration in U.S. history. My 'poorest millionaire, 'Condoleezz Rice, has a Chevron oil tanker named after her though.
* Established the record for most campaign fund-raising trips by a U.S.
President. Am the all-time U.S. and world record -holder for receiving the most corporate campaign donations. My largest lifetime campaign contributor, and one of my best friends, Kenneth Lay, presided over the largest corporate bankruptcy fraud in U.S. History at Enron.
* My GOP used Enron private jets and corporate attorneys to assure my success with the U.S. Supreme Court during 2000.
* Have successfully protected friends at Enron and Halliburton against investigation.
* Created the Ministry of Homeland Security, the largest bureaucracy in the history of the United States Government.
* Help break more international treaties than any President in U.S. history.
* The first President in U.S. history to have the United Nations remove the U.S. from the Human Rights Commission.
* Withdrew the U.S. from the World Court of Law.
* Refused to allow inspector's access to U.S. 'prisoners of war'
detainees and thereby have refused to abide by the Geneva Convention.
* Established the record for fewest press conferences of any President since the advent of television.
* Set the all-time record for most days on vacation in any one-year period.
* After taking off the entire month of August 2001, I presided over the
worst security failure in U.S. history.
* Have the all-time record for most people worldwide to simultaneously protest me in public venues (15 million people), shattering the record for protests against any person in the history of mankind.
* Am the first President in history to have a majority of Europeans (71%) view my presidency as the biggest threat to world peace and security. 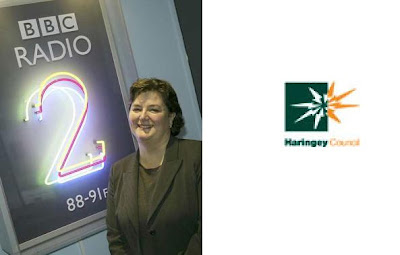 The person on the left resigned over a trivial matter, involving a Satanic Slut and Russell Brand, blown up out of all proportion by the media.

No one from Haringey Council has resigned for the death of "Baby P".
Posted by Ken Frost at 3:48 AM No comments:

Inside The Brown Bunker

Exclusive footage of life inside Gordon Brown's bunker in number 10.

The True Colours of The EU

The EU showed its true colours this weekend when faced with the clear rejection by Ireland of the Lisbon Treaty.

Ireland voted "no" by 53.4% to 46.6%. The referendum result against the Lisbon Treaty has thrown the European Union into turmoil because the treaty, which aims to streamline EU decision making, has to be approved by all states.

Were those running the EU in any shape or form interested in the views of the citizens of the EU, this rejection should cause them some period of reflection about where they are trying to take us.

However, it is very clear that those in charge of the EU have no interest in the views of its citizens.

"The others must continue ratification... so that the Irish incident does not become a crisis."

France's European affairs minister Jean-Pierre Jouyet said that Ireland should hold another vote, so that the people vote in the correct way:

"The ratification process must be completed.

And during this period, the Irish will have time to think and see whether, with a few mediations or a request from their part, they can revote."

The EU is only a democracy when the voters vote the way that their leaders want.
Posted by Ken Frost at 8:54 AM 1 comment:

Those of you who have bothered to read Cherie Blair's excruciating memoirs about her husband's time in office, in which she uses words such as "unmentionables" and "contraceptive equipment" when detailing their sex lives, may be wondering why she brought forward the publication date originally scheduled for October this year.

The answer is simple, it's the money stupid.

Cherie believes, as do many, that Gordon Brown will be out of office by then. She knows that her book, given its tittle tattle expose of the shenanigans at number 10 during the Blair/Brown years, will not sell well once the Blair/Brown years are consigned where they rightly belong, to the dustbin of history.

Ironically Cherie, by exposing her true nature in this book, has provided the world with the clearest insight into the "moral base" of Nu Labour; money focused, self centred and lacking in any form of integrity.

Cherie is to be congratulated for that at least!
Posted by Ken Frost at 11:33 PM No comments:

Given the threat of fuel shortages brought about by the stoppage at Grangemouth.

Given that this stoppage has been well publicised in advance.

Given that, according to the government, we live under daily threat of a major terrorist incident.

Given that the UK has been pumping oil from the North Sea for decades.

Why is that there is not a contingency plan in place, that covers the Grangemouth stoppage and its negative impact on fuel supplies throughout the UK?
Posted by Ken Frost at 2:21 AM No comments:

The Crocodile Tears of Labour MPs

The current furore erupting within the Labour party over the abolition of the 10p tax band is causing Gordon Brown a few headaches.

Labour MPs are rushing to the media to proclaim their disdain for the abolition of the 10p tax band, and are claiming that they will do everything in their power to stop it.

All very nice and heartwarming.

There is one small fly in their ointment.

The announcement about the abolition of the 10p tax ban was made last year, front page in the media, the day after the budget.

Why have these MP's taken a year to raise the matter?

Could it be that the local elections are less than a fortnight away, and they are worried about their seats?

Whilst the abolition of the 10p band may well be a foolish move, the crocodile tears shed by these MP's carry no weight.

Their constituents should be more than a little concerned that it took a whole year for these people to wake up to the fact that this change was to be made.

They are not fit to hold office.
Posted by Ken Frost at 1:42 AM No comments:

The Hillary and Bill Show

Those members of the Democratic Party who are contemplating their choice of presidential candidate, Hillary or Barack, may think that the desire of Hillary Clinton to fight on until the bitter end reflects her burning ambition to lead the USA as president.

In some respects this may be true. However, her prime motivation and that of her husband is that they have nothing else in their lives other than the desire to hold high political office.

They made a pact decades ago to stick together to gain high office.

In the event that Hillary loses the nomination, she and Bill will be forced to confront the reality of their lives; namely that they have nothing else.

Such is their fear of being forced to confront their inner demons that they will move heaven and earth to avoid them, even if it means destroying the Democratic Party in the process.

Those contemplating which candidate to vote for need to bear that in mind as they make their decision.

It always has been.
Posted by Ken Frost at 3:47 AM No comments:

The Value of Non Doms

Whilst the government, the treasury, HMRC and those with an axe to grind against wealthy foreigners do their best to drive them out of the UK, they would do well to remember that the two people chosen to lead the newly nationalised Northern Rock out of its crisis (Ron Sandler and Ann Godbehere) are both non doms.

How's that for irony?
Posted by Ken Frost at 4:05 AM No comments:

Snouts in The Trough

MPs often bemoan the fact that the public don't take them seriously anymore, don't trust them and are apathetic about voting.

However, before lecturing us about our shortcomings, they should look closer to home and address their own shortcomings.

The current scandal involving Derek Conway, who claimed £50K allowances for his son (the self proclaimed "Queen of Sloane") to do bugger all, is a fine example of why people have little time or respect for politicians.

MPs need to get their noses out of the trough, then people may show them a little more respect.
Posted by Ken Frost at 8:50 AM No comments:

It seems that Peter Hain must have read my advice of last week, he has now resigned.
Posted by Ken Frost at 7:55 AM No comments:

Congratulations to our heroic Home Secretary, Jacqui Smith, who having got herself into a real pickle the other day by saying that she didn't feel safe to walk the streets of London at night tried "valiantly" to dig herself out of the quagmire.

One of her aides helpfully gushed to the press that Ms Smith only recently went out one evening, and bought a kebab in Peckham.

Except for two small facts:

2 She went out at 5PM to buy this much reported kebab. Hardly "night" is it?

As said, in Jacqui Smith we have a true hero leading us in the fight against crime.
Posted by Ken Frost at 3:09 AM No comments:

Gordon Brown lives up to his reputation of being McCafferty's cat today, by supporting the embattled Peter Hain yet also noting that Hain's fate lies outwith his hands.

Hain may as well give up now, his leader has deserted him.
Posted by Ken Frost at 3:13 AM No comments: