The Source of Creative Inspiration

Shekhar Kapur is a visionary filmmaker and storyteller who works at the intersection of art, myth and activism.
Posted by Ken Frost at 6:41 AM No comments: 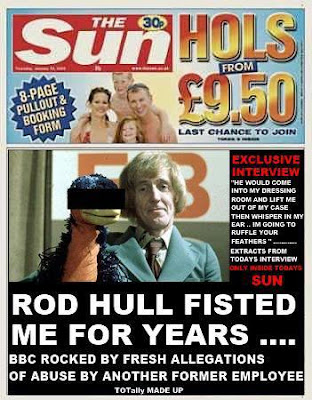 Email ThisBlogThis!Share to TwitterShare to FacebookShare to Pinterest
Labels: bbc

The Irony of The EU Nobel Prize

It is "ironic" that the EU has been awarded the Nobel Peace Prize, given that whilst the EU may strive for peace outwith its borders, its financial policies are creating chaos and violence within its borders.
Posted by Ken Frost at 4:22 AM No comments:

Body Language - How It Shapes What You Are

An excellent lecture by Amy Cuddy on how body language shapes what you are.

Body language affects how others see us, but it may also change how we see ourselves. Social psychologist Amy Cuddy shows how “power posing” -- standing in a posture of confidence, even when we don’t feel confident -- can affect testosterone and cortisol levels in the brain, and might even have an impact on our chances for success.

Amy Cuddy’s research on body language reveals that we can change other people’s perceptions — and even our own body chemistry — simply by changing body positions.
Posted by Ken Frost at 8:20 AM No comments:

It seems that the recent security breach at Linkedin, whereby millions of passwords have been reportedly compromised, may be worse than originally reported.

Accountancy Age reports that the original figure of 6.5 million passwords being breached may be far short of the mark, and that the figure could be considerably higher.

The security firm Imperva claims that even though only around 6.5 million encrypted passwords have been posted online, it is likely that the unknown hacker has far more data.

Therefore those of you who have a Linkedin account are strongly advised to change your passwords to new, more secure and unique ones.

Linkedin have yet to tell its members about the breach, or advise them as to what they should do.

This is not an example of effective crisis management, and will damage the brand, reputation and share value of the company.
Posted by Ken Frost at 3:59 AM No comments:


The EU's video advert "Growing Together" was hastily withdrawn by the EU today, following a barrage of abuse.

In the interests of freedom of speech I have found a copy of the forbidden advert (please see above).

Here is the snivelling and pathetic statement from the Director General of European Enlargement, announcing the withdrawal of the advert:

"Statement on the recent video clip released by DG Enlargement

We have received a lot of feedback on our latest video clip, including from people concerned about the message it was sending.

It was a viral clip targeting, through social networks and new media, a young audience (16-24) who understand the plots and themes of martial arts films and video games. The reactions of these target audiences to the clip have in fact been positive, as had those of the focus groups on whom the concept had been tested.

The clip featured typical characters for the martial arts genre: kung fu, capoeira and kalaripayattu masters; it started with demonstration of their skills and ended with all characters showing their mutual respect, concluding in a position of peace and harmony. The genre was chosen to attract young people and to raise their curiosity on an important EU policy.

The clip was absolutely not intended to be racist and we obviously regret that it has been perceived in this way. We apologise to anyone who may have felt offended. Given these controversies, we have decided to stop the campaign immediately and to withdraw the video.

I see that today, yet again, commuters on Southern Rail are facing serious and ongoing delays between Brighton and London.

This is therefore an opportune moment to offer some friendly advice to Network Rail re its "customer information".

Last week I had the misfortune of having to travel by rail from Brighton to London, on another day when commuters on the London/Brighton route were facing serious delays and cancellations.

One train, in the midst of the chaos, appeared to still be operating (the 11:34 Bedford train). At 11:29 the "customer information" showed "on time".

Clearly, given the ongoing disruption that day, Network Rail knew full well (before 11:30) that the train was not going to depart.

Why therefore did it wait until 11:30 to inform the hapless customers?

Lying to the customers does not endear Network Rail to its customers.

I then asked a member of staff as to when the next train to London would leave (the "information" board showed nothing other than "delay" or "cancelled").

He gave me an honest reply:

May I suggest that they add a fourth?

"We are fucking clueless".

That at least is an honest message!

How reassuring that the world's shipping lanes are being patrolled and protected by such a professional navy!
Posted by Ken Frost at 7:18 AM No comments:

Email ThisBlogThis!Share to TwitterShare to FacebookShare to Pinterest
Labels: navy

There Was A Young Man Called Ed

Spike Milligan clearly was very being very perceptive about the future of Labour when he wrote this:

"There was a young man called Ed sir
Who was always found in bed sir
One day at one
They fired the gun
And Ed sir in bed sir was dead sir"
Posted by Ken Frost at 2:57 AM No comments: 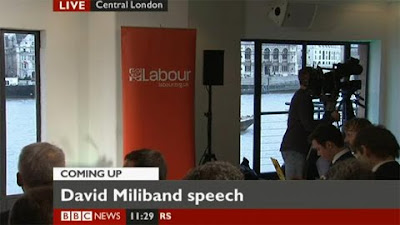 Email ThisBlogThis!Share to TwitterShare to FacebookShare to Pinterest
Labels: ed miliband, politicians
Newer Posts Older Posts Home
Subscribe to: Posts (Atom)
Welcome to "In Your Face", thought provoking opinions on topical issues, brought to you by www.kenfrost.com "The Living Brand".